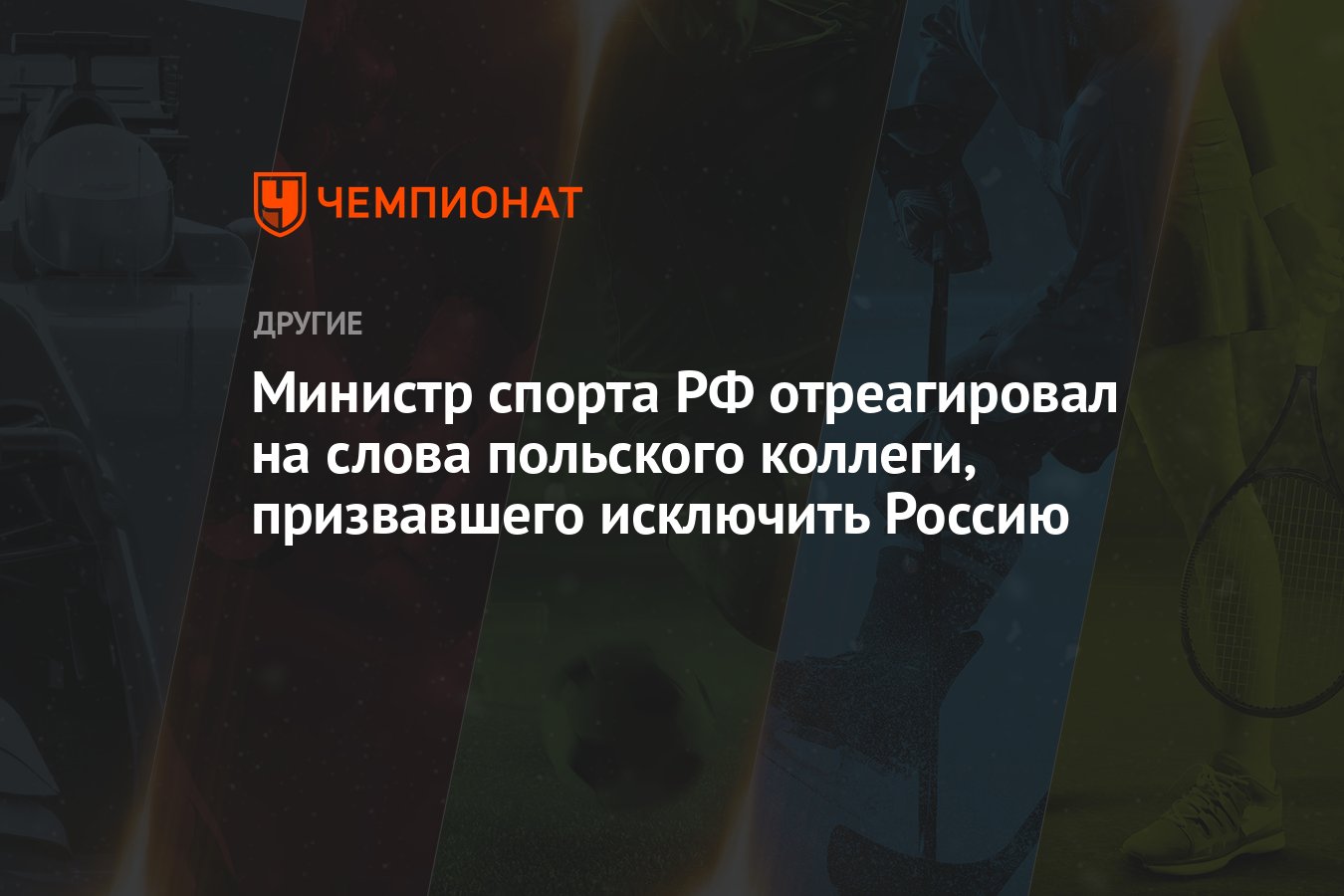 Minister of Sports of the Russian Federation Oleg Matycin commented on the words of the Minister of Sports and Tourism of Poland Kamil Bortničuk, which called for the exclusion of Russia from world sports. Bortnichuk previously said: “We are in favor of excluding Russians from all sports federations led by the International Olympic Committee until the end of the peace process and compensation to Ukraine, so that only after compensation Ukraine can qualify again to participate in world sports, sports competitions.”

“I do not want to spend energy and time on the words of a colleague from Poland. I don’t know him personally. It was an unprofessional and inappropriate performance of a man.

From my point of view, he does not sufficiently evaluate what is happening in the world. Poland has a rich tradition in sports and the Olympic movement. You have to stand as a guarantor of stability despite the complexity of the political situation, “Matytsina quotes RIA Novosti Sport.

Always be informed about news! To subscribe Telegram channel “Championship».