The Palace of the Old Procuracy, the jewel of Venice, regains its splendor 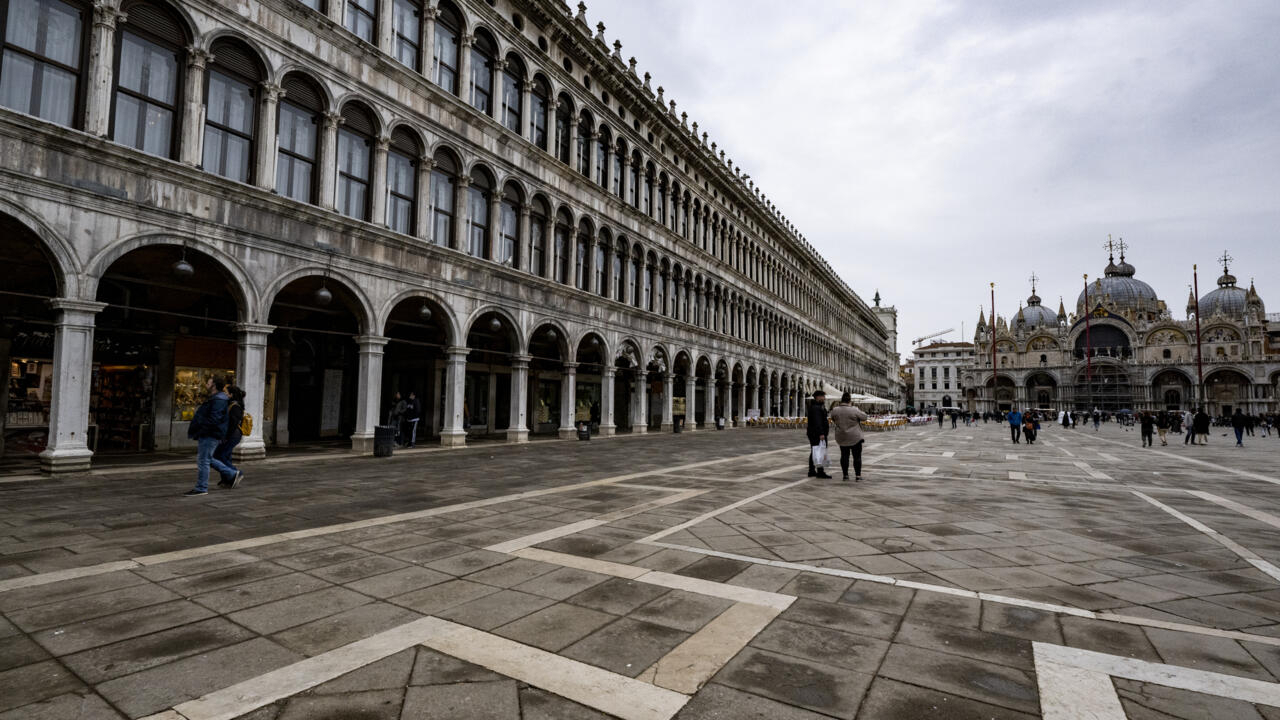 Venice (AFP) – The huge Palace of the Old Procuracy, bordering Venice’s mythical St. Mark’s Square and overlooking elegant colonnades, will open its doors to the public for the first time in 500 years of history on Friday after huge restoration work.

A silent witness to the centuries traversed by the Serenissima, this former high place of Venetian power is ready to reveal its secrets to a visitor invited to rush into a series of arcades surrounded by wooden beams and brick walls.

The first three days after the opening, the visit is reserved only for Venetians, of whom 3,000 responded in 72 hours, and then from 13 April it spread to tourists from all over the world.

The head of the 12,000 m2 remodeling project, internationally acclaimed English architect David Chipperfield, breathed new life into this iconic building on behalf of the Italian insurance company Generali, the owner of the palazzo.

The Procuratie Vecchie, built in the 12th century, was destroyed by fire in 1512. The Venetian-Byzantine building was replaced in 1538 by a three-storey building in the classical style of the Italian Renaissance.

Until the fall of the Venetian Republic in 1797, procurators worked there, high-ranking judges assisting the doge in charge of the city treasury, as well as social affairs, who occupied free accommodation there.

Under the roof of the building, the spacious premises of The Human Safety Net, a foundation set up by Generali to help the most vulnerable people, including refugees, and exhibition spaces and auditoriums are now being expanded.

“Procurators cared for widows, orphans and the poor. It is a great tribute to us to the history and identity of this building to have The Human Safety Net working for social inclusion,” explained its director Emma Ursich.

To the left of the main entrance, a winged lion of St. Mark is carved into the white marble wall, a symbol of the city, but also the emblem of the General. A plaque commemorating the birth of an insurance company in 1831 in Trieste, which settled in Venice the following year.

“The building has been abused for a very long time, decorations have been removed, stairs, elevators and bathrooms have been added, in a very messy way. Our responsibility has been to restore some of its integrity,” Mr Chipperfield commented.

The construction site will last for three years, after a 24-month design phase aimed at preserving the existing facilities as much as possible.

On the first floor, where Generali still has a few offices after the Italian headquarters moved to Venice near Mogliano Veneto in 1990, the frescoes and murals have been completely restored to restore their splendor.

“It’s no secret that working with the administration in Italy is quite complicated,” joked David Chipperfield. Planting the smallest nail in a historic building requires countless permits.

As far as artisans are concerned, “you find yourself among the best in the world”, as there is a long tradition in Italy, “buildings have been renovated for a thousand years”.

“It was essential to work with local artisans and suppliers using techniques and materials that are part of the Venetian tradition,” explains Cristiano Billia, Assistant Director David Chipperfield Architects Milan.

Thus, for floors, walls or ceilings used pastellon, a natural product based on lime, terrazzo, consisting of a mixture of colored marble fragments and cement, or even marble, top coat, satin effect.

Just opposite, on the other side of the square, stand the New Procuratorate, which was completed in 1640 and in which famous members of the Habsburg dynasty, such as Empress Sissi, lived in the mid-19th century during the Austrian rule of Venice.

His home overlooked the very secret Royal Gardens along the Grand Canal, which were reopened to the public in 2019 after five years of renovation.