we would not be forgiven, there would be a global scandal 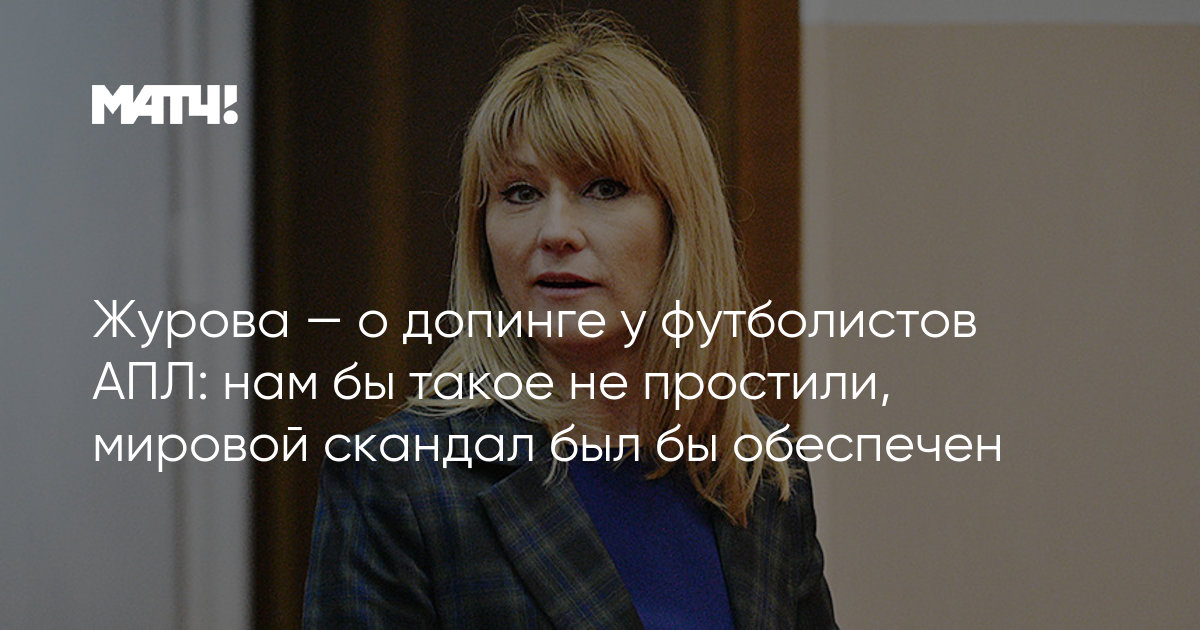 Doping among Premier League players: we would not be forgiven, there would be a global scandal

Member of the State Duma of the Russian Federation Svetlana Zhurova Match TV said players in the Russian championship would not be exempted from doping, as has been the case with players since English Premier League (NPS).

The Daily Mail reports that in 2015-2020. at least 15 Premier League players tested positive, but none were stopped. The newspaper obtained this data from UKAD through the Freedom of Information Act. It is noted that 12 of these 15 players passed positive tests for banned substances that increase performance.

– If this happened in our country, a scandal would be guaranteed for the whole world. We need to understand who these players are. One thing is to play in the championship, another thing is to play internationally. In addition, many of the world’s leading football players play in the English Championship. If it all happened inside the country, I admit that the players repented, wrote an explanatory note from where it was all, and probably fired for the first time. Maybe internal rules allowed it. Without sending this data to the international level, when a person is not in the ADAMS system, everything is easier. We would not be allowed to do that. That’s right! Zhurova said.