What is Mastodon? Everything you need to know about a social media platform 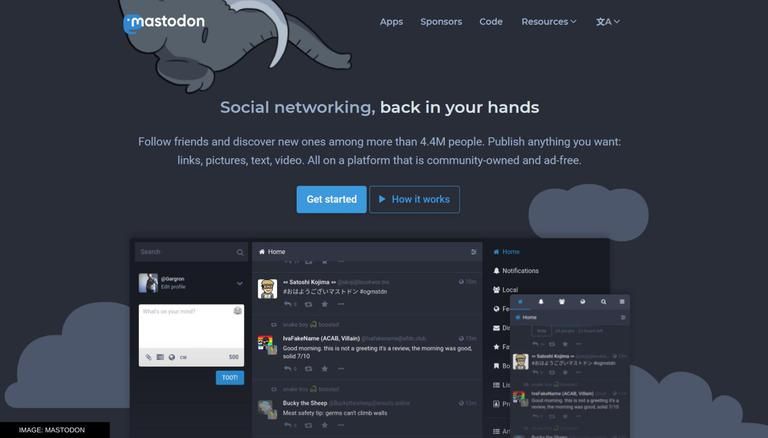 As Musk takes over Twitter, users are looking for an alternative microblogging platform. Several users have already switched to Koo, Reddit and Tumblr, which could be an alternative to Twitter. However, the decentralized social media platform Mastodon attracts everyone’s attention. Learn more about Mastodon decentralized platforms, what it is and how it is similar or different from Twitter.

In essence, Mastodon is a decentralized social network that allows users to build their own servers instead of a host server that belongs to a platform or enterprise. For example, platforms like Facebook and Twitter are centralized so that there is management that decides what the future of the platform will be, what features will be launched, and so on. However, platforms such as MInds, Aether, and Mastodon run on independent servers and are based on open source algorithms.

Because people are skeptical of Musko’s decisions regarding Twitter’s future and freedom of speech, they are looking for decentralized alternatives, and Mastodon is one of them. As Minds is an alternative to Facebook and Aether for Reddit, Mastodon has become a popular alternative to the microblogging platform Twitter. In many ways, Twitter and Mastodon have some similarities.

Users of Mastodon, not Tweet, have toots with a character limit of 500. In addition, users can follow other users on Twitter. In addition, the platform allows users to build their own networks, also known as “role models” on the platform. Users can choose which network or “instance” they want to be part of the platform, giving them more control over the platform. However, users can also communicate with users from other servers, even when connected to a specific server.

When users share their thoughts about the platform, they can do so using three different privacy settings, direct, private, and public. The concept of public and private toots is similar to that found in other platforms, such as Instagram – public toots are visible to all users of the platform, while private ones are only visible to followers. In addition, Mastodon also has anti-abuse measures in place to protect consumers. For more information on the platform, users should visit the official website – https://joinmastodon.org/. As with other social media platforms, users need to test the platform to understand it.