Will Chile replace Ecuador at the World Cup? FIFA is investigating the nationality of Byron Castillo 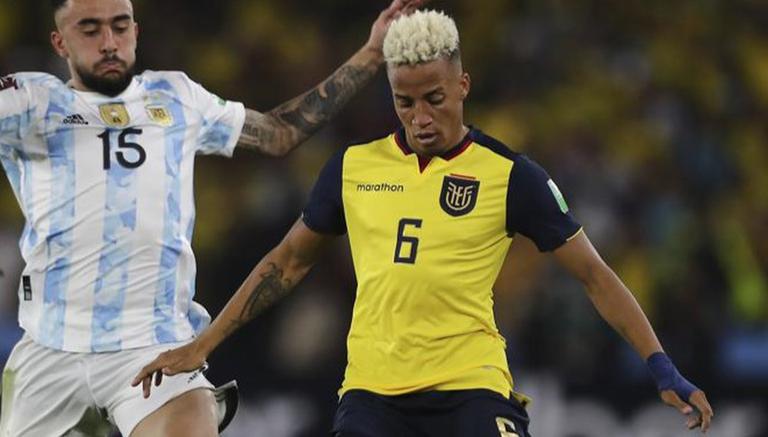 Ecuador’s chances of playing at the 2022 World Cup in Qatar are threatened after the latest report on the incompetence of one of the representatives. The player in question is Byron Castillo, whose Chilean football federation questions the granting of Ecuadorian citizenship to a football player. Following a complaint, FIFA has officially launched an investigation into the Byron Castilla case.

The case of Byron Castillo: Will Ecuador lose its place at the World Cup? FIFA issues a statement

Byron Castillo played with the Ecuadorian national team in qualifying for the World Cup 2022 in Qatar. Ecuadorian coach Gustavo Alfaro chose the defender for two matches against Paraguay and Chile and later for key matches against Uruguay, Bolivia, Venezuela and Argentina.

According to the MARCA report, FIFA “invited the Ecuadorian Federation and the Peruvian Football Federation to present their positions to the FIFA Disciplinary Commission in the case of Byron Castillo.” has lodged a complaint with the FIFA Disciplinary Board, which has made a series of allegations concerning possible falsification of Ecuadorian citizenship documents by Byron David Castillo Segur and the player’s possible inability to take part in eight qualifying matches at the Ecuadorian FIFA World Cup. FIFA World Council in Qatar 2022 ’.

“In view of the above, FIFA has decided to initiate disciplinary action against Byron David Castillo Segura’s potential incapacity in connection with the above matches. In this regard, the FEF and the Peruvian Football Association have been invited to submit their positions to the FIFA Disciplinary Committee. Further details will follow. in due time.”

What is the nationality of Byron Castillo? A lawyer from the Chilean football federation has revealed details

MARCA has previously reported that Ecuador allegedly hid Byron Castillo’s true identity. According to a report, Chilean football federation lawyer Eduardo Carlezzo told the publication that Castillo’s documents were false, noting that the player was Colombian.

He said: “We have thoroughly investigated the case to really understand where the player was born, and we are clear – he was born in Colombia. What we categorically say is that Byron Javier Castillo Segura was born in Tumaco, Colombia on July 25, 1995, and Byron David Castillo Segura, who would be born on November 10, 1998, doesn’t exist, he’s a ghost.

Will Chile qualify for the FIFA World Cup at the expense of Ecuador?

While Ecuador finished in fourth place, Chile finished in seventh place with 19 points. Chile’s chances of qualifying for the FIFA World Cup are still bad, even if Ecuador is disqualified. In the event of disqualification, Peru will take their place, while Colombia will move to fifth place and play the playoffs. Chile was four points behind Colombia’s sixth team. However, if FIFA forces Ecuador to lose only eight matches in Castillo, including both matches against Chile, they would also end up in fourth place as a team.