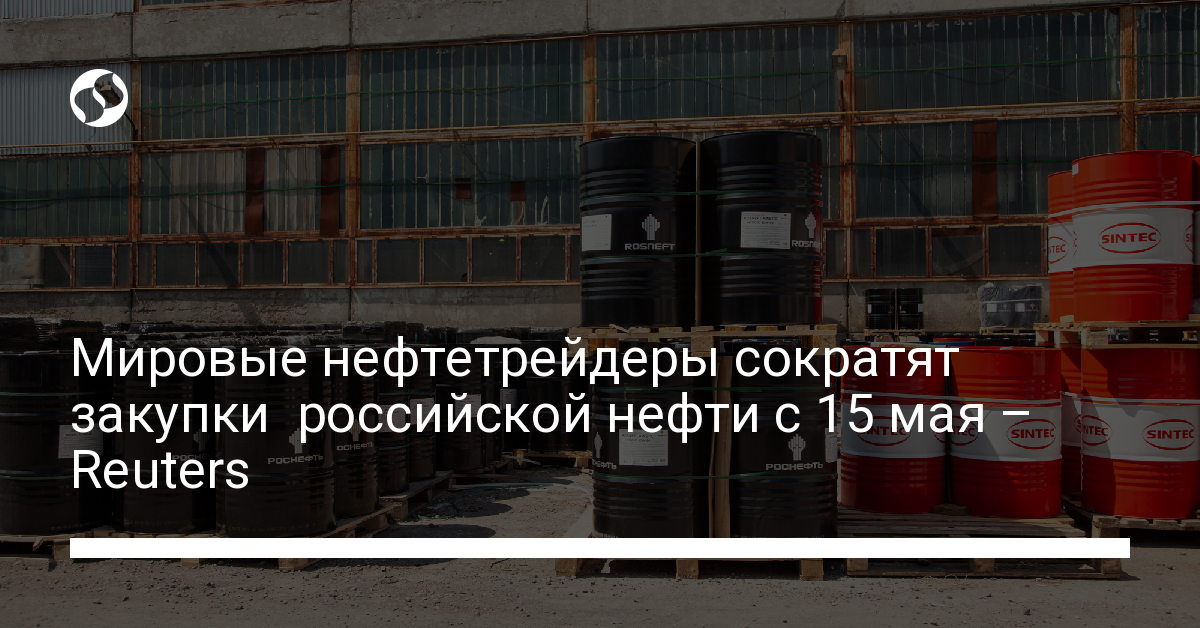 The wording of EU sanctions on oil purchases from Rosneft or Gazprom Neft also poses difficulties for traders. They are included in EU legislation as “strictly necessary” to ensure Europe’s energy security.

Such wording should not apply to the purchase and sale of Russian oil by intermediaries.

As a result, traders are reducing purchases to ensure compliance by 15 May, when EU restrictions come into force.

Trafigura’s edition confirmed that sales will continue to decline from May 15.

Oil refineries in Europe are processing less and less Russian oil. This has already eroded Russian exports, although purchases from India and Turkey have partially offset the shortfall. Sales to China also continue.

According to the shipment plan, Rosneft and Gazprom Neft had 29 million barrels in April, which is more than 40% of total crude oil exports from Russia’s western ports in April.

If you notice a spelling mistake, select it with your mouse and press Ctrl + Enter.