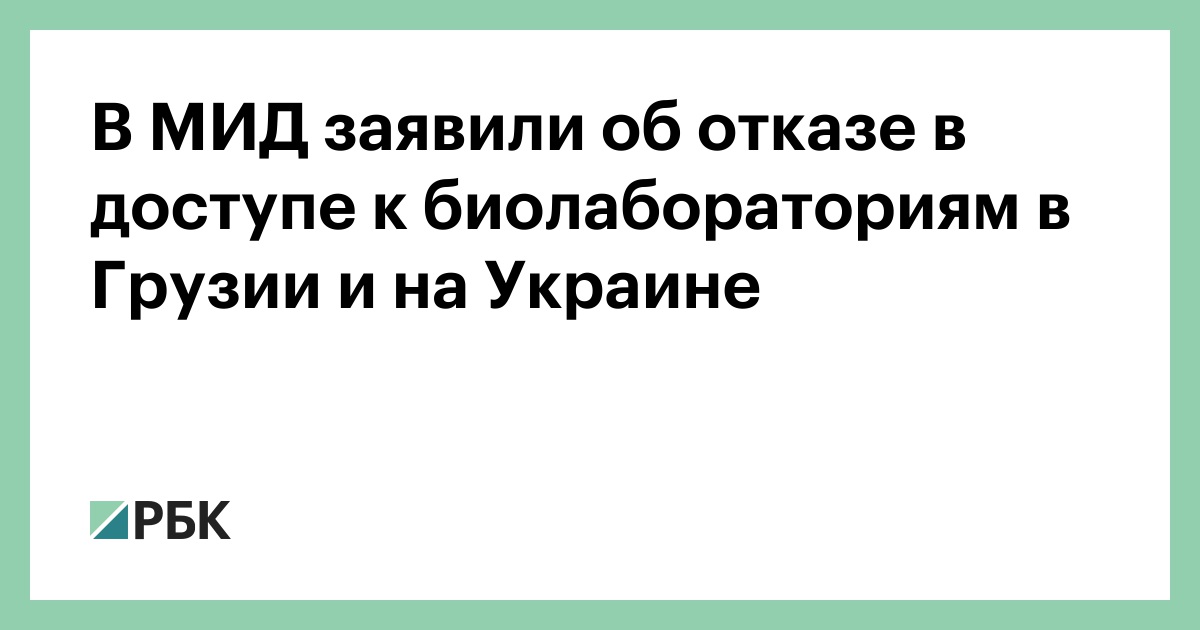 The US did not allow Russia, as well as special observers, access to biolabs in Ukraine and Georgia. This speaks of military experiments prohibited by international conventions, Maria Zakharova believes.

Russia sought access to U.S. biolabs in Ukraine and Georgia through global institutions, but was not allowed access, as well as specialized observers, according to a statement by Mari Zakharova, a spokeswoman for Russia’s foreign ministry. broadcast TVC channel.

“Through international legal institutions, we sought access to these laboratories (Georgia and Ukraine). What were we told? … They (US – RBC) said fantastic things. Visit laboratories? Of course. Sit in the reception area. <...> And neither you nor the specialized observers can go to the laboratories, “Zacharova said.

According to her, this indicates the experiments carried out in these laboratories, which are “prohibited”. Zacharova stressed that these biolaboratories are controlled by the Pentagon, which means that their research is specifically related to military programs, as the department “will not spend a dime without a clear focus on US national military interests.”

In early March, Commander of the Radiation, Chemical and Biological Defense Forces Igor Kirillov reported on 30 biological laboratories in Ukraine commissioned by the Pentagon. He later stated that they could be used to develop bioagents that could selectively target ethnic groups.