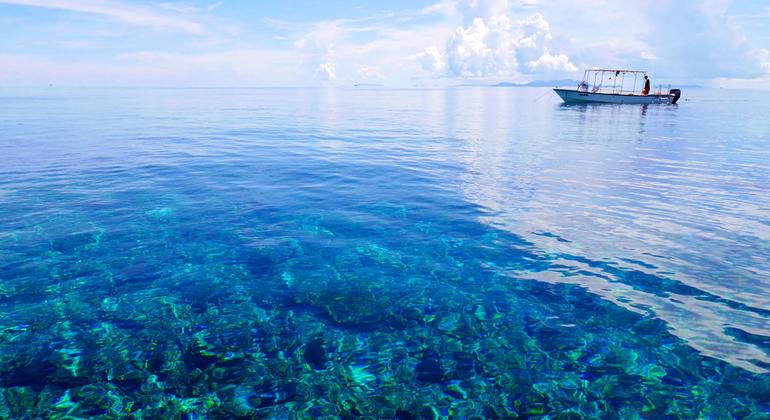 Although oceanographic research is one of the most promising areas of applied science, countries spend on average only 1.7 percent of their research budgets on the ocean, much less than in other areas of research.

To understand ocean faults, currents and floods, it is essential to know the depth and topography of the seabed. These data help predict seismic and tsunami risks, as well as identify natural features and fish stocks that need to be protected.

This knowledge is also essential for planning the construction of infrastructure and developing an effective response to disasters such as oil spills, plane crashes and wrecks at sea.

In addition, seabed surveys are necessary to assess the effects of climate change, including sea level rise or sea temperature rise.

The cost of the project is $ 5 billion

2017 UNESCO, in collaboration with the Japan Nippon Foundation, has launched a seabed research project. Much has been achieved since then, including persuading countries to provide information on the state of the seabed off their coasts. In five years, 14 percent of the bottom area has been surveyed and mapped.

Researchers hope to be able to accelerate this process in the future with the latest technology. Sonars, for example, have been used to explore the ocean floor since the 1960s, but today they are modern devices that can measure water levels at multiple points and in multiple directions simultaneously, saving significant time.

Also, although sonar was attached to the ship, scientists today can control them remotely like drones. This allows hard-to-reach locations to be identified on maps, as well as significantly reducing the cost of the project.

UNESCO Director-General Audrey Azoulay called on the Brest Summit to speed up the process of mapping the seabed. This, according to her, requires the mobilization of fifty scientific vessels, the expansion of the use of remotely operated sonar and the active sharing of available data.